After an end-of-season battle at Brands Hatch, Reflex-sponsored racer Adam Smalley has won the Ginetta racing series to complete a historic season

After securing the win during the final three sprints of the season at the iconic race circuit in Kent, he said:

“I am absolutely lost for words. It has been an amazing season and to win the championship is a dream come true.”

Adam has had a season to remember, which included a record-breaking weekend at Thruxton where he took two wins to become the first driver in Ginetta racing series history to secure first place at the same circuit across three different championships.

After taking the title in only his second season racing in the Ginetta GT4 Supercup championship, he has also been recruited to the British Racing Drivers' Club's prestigious Rising Star Scheme for his performance.

Adam has been racing since he was eight and the latest win adds to a trophy cabinet that already includes two karting championships, the 2017 Junior Winter Series winner’s trophy and the 2018 Junior Championship.

“I can’t thank everyone enough for all their support this season. So many people have played a part in my success and I would like to say a massive thank you to everyone, including my sponsors, without whom this would not have been possible.”

“We are delighted to support Adam’s racing career as it goes from strength to strength. His performance during the 2021 season has been both exciting and inspiring and everyone on the team at Reflex has enjoyed every step of his championship journey.”

Could hydrogen be the fuel of the future for vans? 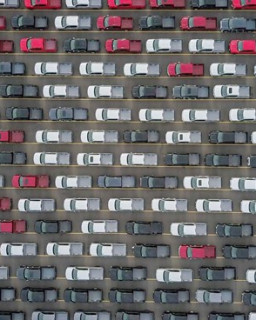 With society slowly easing its way back to ‘normal' as the worst of the pandemic passes, traffic levels are increasing and fleet managers are under growing pressure to keep operating safely.